Save 10% off two bottles Stone Bridge White or Red
valid until September 10, 2014

This year marks the 21st anniversary of the Grand Prix Festival of Watkins Glen and the 66th anniversary of the first post-World War II road race in the United States - held right here in Watkins Glen.  As in previous years, a tribute to the Grand Prix races are featured in a variety of events during this all day festival. Events include the Walk of Fame award ceremony, a historical lecture called The Legends Speak, a pre-race Tech Inspection at Smalley's Garage, and a judged automobile show, the The Chemung Canal Trust Company Concours d'Elegance.

This year's featured marque is the MG. To see an impressive collection of MGs, be sure to visit Lafayette Park at 2 pm.
Our Stone Bridge White wine depicts 1951 race winner Phil Walters crossing Cornett's Stone Bridge along the 6.6 mile Grand Prix circuit. 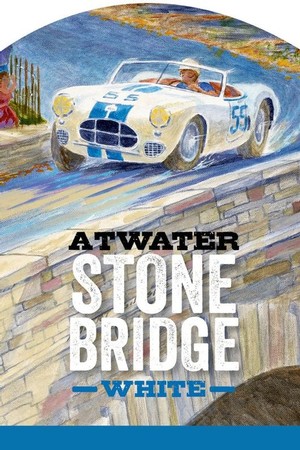 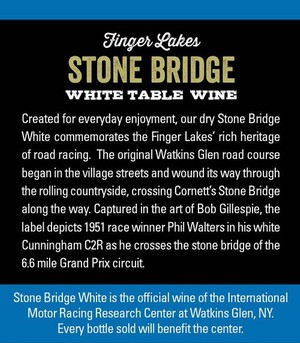