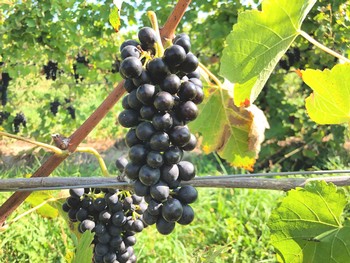 Origin: An ancient varietal believed have started in the Rhône region of France.  Called Syrah in its country of origin, as well as in the rest of Europe, Chile, New Zealand and most of the United States. The name Shiraz became popular for this grape variety in Austraila, where it has long been established as the most grown dark-skinned variety.

Taste and Aroma Characteristics: Vary a great deal based on the climate and terroir that they inhabit, this grape needs a good amount of heat in the summer and fall to fully ripen.  A great vintage year would produce a wine with dark fruit character, spice and plummy mounds of earth.